Edward Wilson CBE, Chairman of Ulster Carpets, has retired after over half a century.

Known for his diplomacy, patience and people skills, Edward – who is the son of company founder George Walter Wilson – steps down after 58 years, having played a pivotal role in making Ulster Carpets one of the province’s leading exporters and the largest single site producer of axminster and wilton carpet in the world. 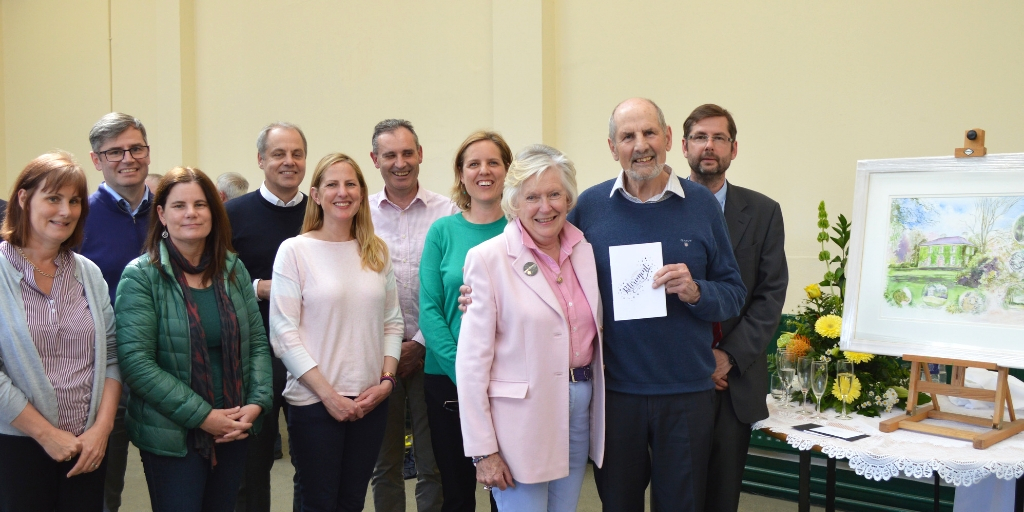 While he grew up around the business, Edward followed in the footsteps of his older brothers, Walter and John, and officially joined Ulster Carpets in 1961.

In the intervening years, he held many positons, including in sales and planning, before becoming Managing Director and then, eventually, Chairman.

Recognised as an astute leader, he was well known for taking a daily tour of the business where he spoke to staff at every level and kept up-to-date on the latest orders and technological developments.

Many of the current management team were personally mentored by Edward, including Group Managing Director & Deputy Chairman, Nick Coburn. Edward commented: “One of my greatest pleasures in life has been going into the factory and talking to our staff. As I have been reminded so many times, one of the biggest selling points of Ulster Carpets is our wonderful workforce – people who are passionate about what they do.

“When my father started Ulster Carpets in 1938, I’m sure he never thought that the company would still be here over 80 years later, employing people not just in Northern Ireland but across the world. For that success, I must pay tribute to our wonderful staff and that is something I take great pride in.”

Despite this retirement, the Wilson family will remain at the helm of Ulster Carpets, with Edward’s nephews, Nick Coburn and John Wilson, as Group Managing Director and Chairman respectively.

Paying tribute to Edward’s passion and devotion to Ulster Carpets, Nick Coburn said: “When I joined the company 41 years ago, it was Edward who mentored and guided me through every facet of our business. Since I became MD in 2004, this bond and incredible support from Edward has been vital to ensuring the company has continued to prosper and develop. “As we look to the future, I would also like to highlight the outstanding work and dedication Edward has done to prepare the company – and the next generation of the Wilson family – for a secure and successful future.”

John Wilson, who takes over as Chairman, added: “Edward is held in the highest esteem by the company, the industry and, of course, the whole Wilson family. Edward’s commitment to seeing the company evolve and constantly adapt to the inevitable challenges that comes with 80 years of business is one of the reasons why Ulster Carpets is such a great company and has been so successful. His decision to step down from his role as Chairman is another challenge for the business but he leaves the company in a strong place.”

Although stepping down as Chairman Edward is continuing as a member of the board of Ulster Carpet Mills (Holdings) Limited. He plans to keep up an active interest in the company whilst pursuing other current activities including directorship of various charitable trusts in Ireland . He also plans to continue as Chairman of the Ulster Carpets Family Council which represents the interests of all shareholders but with special focus upon those who are not directly employed in the business.

Edward’s final act was an official event at the company’s Castleisland factory where staff had an opportunity to say a final farewell.

We wish Edward a long and happy retirement. 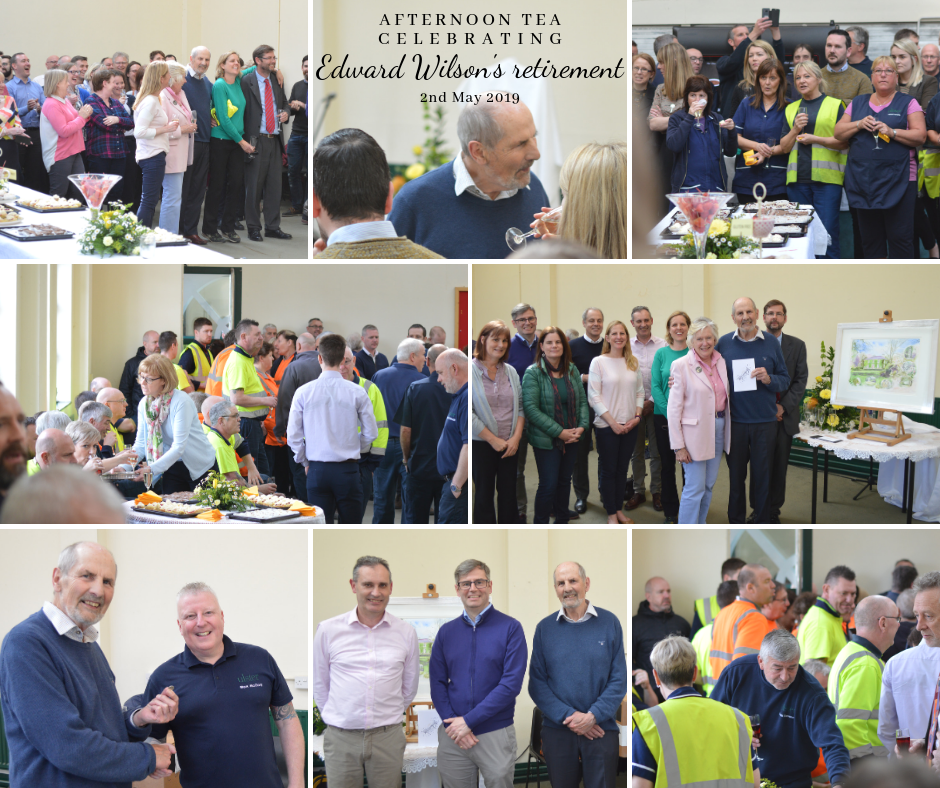